Me, “Hey Siri! Remind me to call Agnes at 8 pm.” Siri, “Reminder set for 8 pm to call Agnes.” Sometimes it is just unbelievable that Siri is just a spectrum of Artificial Intelligence. We are still delving deep into the vast possibilities of AI, and Siri, Cortana and Google Now are just the tip of the iceberg. The iceberg that has many layers. And one specific layer, the Deep Learning has taken our attention for quite some time now.
Deep Learning has worked its way into our conversations regarding AI, Big data and Analytics. And with good reason too. The world is moving towards a self-service revolution and Deep learning is showing tremendous promise when it comes to developing autonomous and self-teaching systems. Google has toyed with Deep Learning to come up with voice and image recognition algorithms. Similarly, Netflix (and chill) and Amazon uses Deep Learning to predict what you want to buy or watch next.
Andrew Ng who formally founded Google Brain describes Deep Learning in the context of traditional artificial neural networks. This chief scientist at Baidu research describes Machine Learning as using brain simulations to:
1. Make learning algorithms better and easier to use
2. Make revolutionary advances in ML and AI
This makes Deep Learning the new wave in an already rip-roaring world of Machine Learning. For instance, Machine Learning takes a few of the focal ideas of Artificial intelligence and focuses in solving real-world problems. It does so through neural networks that are designed to mimic human decision making capabilities. If this sounds incredible, wait till you hear what Deep Learning is capable of.
Deep Learning focuses on the narrower subsets of Machine Learning tools and techniques. It then applies to solving just about any problem which requires thought- human or artificial.
Deep Learning requires feeding a computer system lot of data. The system then uses these data to make a decision about other data. This data feeding takes place through neural networks. These networks are logical constructions that ask a series of binary true or false questions. The networks can also extract a numerical value, of every bit of data that pass through them. It then classifies it according to the answers that have been received.
Deep Learning is crucial because it focuses on developing these networks. As a result, they are known as Deep Neural Networks. These logic networks are robust and complex enough to deal with classifying datasets as huge as Twitter’s horde of Tweets. This means that datasets get comprehensive and logical networks get sophisticated enough to handle their classification.
An important question that comes up when discussing about Machine Learning is Pictures. Pictures contain a lot of different elements. We often ponder how a computer in all of its one-track, calculation focused glory can learn to interpret pictures in the same way as the human brain does. This is where Deep Learning comes in. It can be applied to any and every format of data. Right from machine signals to audio and video to speech and written words. Deep Learning shuffles through them all to produce results that look like they have been carried out by humans.


An Example:
To understand Deep Learning better, let’s take an example. A system that is designed to automatically record and report how many vehicles of a particular make and model passes along a road. In order to do that, the system would be given access to a huge database of car types. Like the shape, colour, size and even subtle aspects like its engine sounds and tire marks. This dataset can either be manually compiled or automatically gathered by the system. The latter can happen only in an advanced use case wherein the system is programmed too search the Internet and automatically ingest the data that it finds there.
The next step is to process the real world data that contains insights. In this case insights would mean traffic camera clips and microphone recordings. By comparing these hoard of data from various sensors, the system will classify the vehicles by their make and model to a certain level of accuracy. Before you jump your horses and exclaim this is ‘pretty straightforward!’ Allow me to explain where the “Deep” part comes in. Deep Learning happens inside the system. With time, it gains experience and can increase its probability to correctly classify. It does so by “training” itself on the new data it receives. It therefore learns from its mistakes. Much like a human brain.
In this case, the system may initially decide that a particular vehicle was a certain make and model based on their similar size and engine noise. Supposing the system comes to this conclusion by overlooking another differentiator which it determined had a low probability of being important to the decision making process. But in time, by learning that this differentiator is vital, the system will improve its probability of a correct outcome next time.

Although it is too early to catch someone reading newspaper while driving, self-driving cars are in the near future. Using sensors and inboard analytics, cars are learning to recognize obstacles and react to them appropriately using Deep Learning.

Predicting the outcome of Legal Proceedings

A system that was developed by a team of British and American researchers was recently shown to be able to correctly predict court’s decision. With the basic facts of the case that were fed to the system, the system could predict the outcome to a surprising level of accuracy.

Deep Learning is being used to develop medicines that are genetically tailored to an individual’s genome.
Automated analysis and Reporting- Thanks to Deep Learning techniques, systems can now analyze data and report insights from its natural soundings and human language.

Like playing chess against computers and winning? Well, that got a lot tougher. In-fact chances of winning have become negligent as Deep Learning systems have been taught to play and win board games and video games. For instance, Google’s DeepMind’s AlphaGo program defeated South Korean Master Lee Se-dol in the board game Go.

Researchers from UK and Australia have applied image recognition and deep learning techniques to interpret signs of fetal distress and guide pre-operative strategies.

An Italian team of researchers focused on CubeSats (a new category of space systems for missions in low Earth orbit) faced several technical challenges on a number of different fronts. The team has used neural networks and are in the hopes of solving optimization challenges and other problems.

Popular technical indicators, along with neural networks and genetic algorithms, are used to generate buy and sell signals for each stock and for portfolios of stocks.

A team in Indonesia used neural networks to predict structural response of multi-storeyed buildings in the region of Sumatran island. This island is famous for its bouts of earthquakes. Similarly, Civil engineers use neural networks for city planning purposes. They are used for predicting traffic speed conditions in various settings and patterns for traffic accidents. India clearly needs to take notes here.

Melanoma can not only be deadly, but it can also be difficult to screen accurately. Researchers at the University of Michigan trained a neural network to isolate features (texture and structure) of moles and suspicious lesions for better recognition. According to the team, the experimental results of qualitative and quantitative evaluations demonstrate that the method can outperform other state-of-the-art algorithms.

Spotting invasive brain cells during surgery is difficult. This is partly because of the lighting in the operations room. A team of French researchers found that using neural networks in conjunction with the Raman Spectroscopy during operations allows them to detect the cancerous cells easier. Thereby reducing residual cancer post operation.

Researchers in Spain and Portugal have applied artificial neural networks to the energy grid in effort to predict price and usage fluctuations. The daily and intraday markets for the region are organized in a daily session where next-day sale and electricity purchase transactions are carried out and in six intraday sessions that consider energy offer and demand, which may arise in the hours following the daily viability schedule fixed after the daily session. In short, being able to make adequate predictions based on the patterns of consumption and availability yields to far higher efficiency and cost savings.

Although this has been around for quote a bit of time already, Deep Learning is giving the notion new depth. Deep Learning has been achieving amazing results in the following arenas:
1. Automatic Translation of Text
2. Automatic Translation of Images
Convolutional neural networks are used to identify images that have letters and where the letters are in the scene. Once identified, they can be turned into text, translated and the image recreated with the translated text.
So yes, we are pretty hyped about Deep Learning, Are you? Do let us know in the comments section. Keep hooked to AcadGild for more interesting blogs! 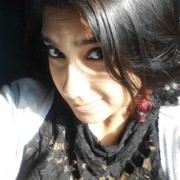