In the previous blog, we discussed about using histograms to check the central tendency measures of a continuous variable. We also plotted the frequencies of different ordinal variables to see the distribution of observations in each category.
In this blog, we will discuss about other types of data visualizations, their use and interpretation.
Density Plot
Kernel Density plots (KDP) are an effective way to illustrate the distribution of a variable. It is a useful non-parametric technique for visualizing the underlying distribution of a continuous variable. Histograms can often be a poor method for determining the shape of a distribution because they are strongly affected by the number of bins used. For example, visualizing the same data with less number of bins can make the same observation to appear as normally distributed.
The R function density (x), where x is a numeric vector, can be used to create a density estimate. The user can optionally specify kernels other than the default Gaussian. The result of the density estimate can be viewed with either the plot() or lines() function.
Example:

Scatter Chart
A scatter graph is a type of mathematical diagram using Cartesian coordinates to display values for typically two variables for a set of data. If the points are color-coded, you can increase the number of displayed variables to three.
It is also known as scatter chart, scattergram, scatter diagram or scatter graph. The scatter diagram is one of the seven basic tools of quality control. A scatter plot can be used in either of the situations:
When one continuous variable that is under the control of the experimenter and the other depends on it.
or
When both continuous variables are independent.
A scatter plot can suggest various kinds of correlation between variables with a certain confidence interval. Correlations may be positive (rising), negative (falling), or null (uncorrelated). If the pattern of dots, slopes from lower left to upper right, it indicates a positive correlation between the variables being studied. If the pattern of dots slopes from upper left to lower right, it indicates a negative correlation. A line of best fit (alternatively called ‘trendline’) can be drawn in order to study the relationship between the variables.
An equation for the correlation between the variables can be determined by established best-fit procedures. For a linear correlation, the best-fit procedure is known as linear regression and is guaranteed to generate a correct solution in a finite time.
Example:

The third attribute is the time duration for which the amount is taken. If we try to interpret all these together, it indicates that:

Line Chart
A line chart or line graph is a type of chart which displays information as a series of data points called ‘markers’ connected by straight line segments. It is created by connecting a series of data points together with a line. This is the most basic type of chart used in many fields and commonly used in fields like finance and sports. It is similar to a scatter plot except that the measurement points are ordered (typically by their x-axis value) and joined with straight line segments. A line chart is often used to visualize a trend in data over intervals of time.
Example:
Plot the stock prices of a product in last 24 days.

Show me the trend:

Boxplot
A boxplot is an efficient method for graphically displaying numerical data.
It depicts the following information:

If there are outliers, the boxplot indicates them as well. The box is constructed from the bottom, lower quartile to the top, upper quartile. The whiskers connect the box to the smallest and largest values that are not outliers.
Outliers are observations that are distant from the rest of the sample.
Extreme outliers are observations that lie outside the box at a distance of more than three times the Inter-Quartile Range (IQR: the difference between the third and first quartiles). Mild outliers are observations that lay more than 1.5 times the IQR from the first or third quartile but not as far as extreme outliers. The representation of both extreme and mild outliers will be different.
To interpret a boxplot, we look at the numerical values of the three quartiles, representing 25 percent, 50 percent and 75 percent of the sample respectively. We also look at the general shape of the box and whiskers for indications of symmetry or asymmetry and outliers.
According to Researchers, a boxplot represents the following summaries of the data at a glance:

Interpretation:
The above plot gives the following information about the data:

Similarly, we can plot a boxplot for loan amount for each loan repayment status.

////////////////image 10
We can compare the disribution for each category and then form our conclusion as to what type of loan amount/customers belong to which category. Here is the conclusion from the plot:

We hope this blog was useful. Visit our website www.acadgild.com for more blogs on Big Data,R,Machine Learning and other technologies. 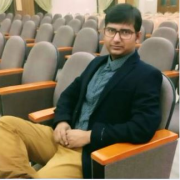