Why we need Docker?

As you can see in the below image that is the most common problem were industries are facing right now.

As you can see there is a set of a developer that builds the application which running fine in the testing environment.but when it reaches the production server there are some certain issues with that application.

Why does it happen?

It happens because of different computing environments between test & production

Before moving to problem 2 it is important to understand the micro-services.

Micro-services can be considered as small processes that communicate with each other over a network to fulfill one particular goal.

So let’s discuss what is micro-services with the example.

You can see in the below picture, there is an online shopping service application it can be broken down into smaller micro-services like account service, product catalog, cart server, order server.

There is one way to implement micro-services architecture before the docker you can see in the below picture.

As you can see there is one host machine and top of that host machine there are multiple virtual machines available.

Each of those machines contains the dependencies for one microservice.so major disadvantage here is in the virtual machine there is a lot of wastage of resources such as RAM, processor, disk space is not completely utilized by the microservices which is running in these virtual machines.

So this is not the ideal way to implement micro-services.

How docker solves all these problems.

So let’s take one example shown in the below picture.

Here we have one host machine and top of that we have one virtual machine which contains the multiple numbers of Docker containers.

So let have a quick look at what is a docker container?

Docker container is a lightweight alternative for the virtual machine that means in docker container you don’t need to preallocate the RAM or any disk space so it will take the disk space and ram according to the application requirement.

You will get the question in your mind by seeing the above picture that why we are using a virtual machine here?

So if you have a windows system you will require Linux system then you can run the docker containers.because of this reason only we have used a virtual machine here.

Docker is a tool designed to make it easier to create, deploy, and run the application by using containers.

Containers are lightweight alternatives to the virtual machine and it used the host machine. you don’t have to preallocate ram and disk space to the container.

Let’s look at the below picture

Let us refer to the diagram as you can see at the bottom there is a host operating system and top of that there is a docker engine and with the help of this docker-engine docker containers are formed.

These containers have the application running in them and the requirement for those applications such as all the binaries and libraries are also packaged in the same container.

Now, let us see the steps to install docker.

Step 1: To ensure the download are valid, add the GPG key for the official docker repository into your system by the below command.

Step 2: Add the docker repositories to the apt resources by the below command.

Step 3: Update package database with the docker package which is added through the repository using the below command.

Step 4: Make sure you are installing docker from docker repositories and not from Ubuntu repositories by using the below command.

Step 5: Install the docker community edition using the below command.

Step 6: Add the docker group if it doesn’t already exist

Step 7: Add the connected user $USER to the docker group

Note: Optionally change the username to match your preferred user.

We have successfully completed the installation of docker in Ubuntu.

Docker In A Nutshell

One way of using docker or you can say the workflow of the docker shown in the below picture.

Over here what is happening is a developer writes a code that defines application requirements the dependencies to the docker file and this docker file produces docker images.

So whatever dependencies required for an application is present in the docker image.

Docker hub is nothing but a git repository for docker images.it contains public as well as private repositories so from public repositories you can pull your image and also you can upload your own images to the docker hub.

From the Docker hub, various teams like QA or production team will pull the image and prepare their own container as you can see from the picture.

Advantage of this workflow

If you can recall the first problem we have discussed earlier that application is working fine in the development environment but not in a production environment so with this workflow we can completely remove that problem using this workflow.

Their environment was optimized for their legacy java-based applications.

The university wanted to improve the way they architect applications, by moving to microservices-based architecture for their applications.

Security was needed for students’ data such as SSNs and student health data.

Now let us see how they have implemented docker to solve the above issues.

Solution for all these problems is Docker Data Center (DDC)

It is nothing but the storage of all your docker images and each of those images contains dependencies for one micro-service.

As we saw in the above problem statement that Indiana university wanted to move from monolithic architecture to microservice architecture.

It is used to deploy the services on various hosts with the help of docker images that are stored in the docker trusted registry.

So, the IT and Ops team can manage the entire infrastructure from one single place with the help of a universal control plane web user interface.

When we talk about data security the role-based access controls within the docker data center allowed Indiana university to define the level of access to various teams.

For example, they can give read-only access to docker containers for the production team.at the same time, they can actually provide read and write access to the development team.

The Docker registry is nothing but the storage of all your docker images.we can store the images in either public/private repositories.

These repositories can present locally or it can be on the cloud. Docker provides a cloud-hosted service called the docker hub.

Why use the docker registry?

Docker images are nothing but the read-only templates that are used to create containers. these docker images contain all the dependencies for a particular application for a micro-service.

You can create your own image upload that on to the docker hub and at the same time you can pull the images which are available in the public repository.

Docker containers are nothing but the run time instances of docker images.it contains everything which is required to run an application or micro-services.

Docker containers are run from Docker images. Most of the images you will get it from the docker hub.image which is nothing but an environment like Linux, Unix, Ubuntu.

Anybody can build and host their Docker images on Docker Hub, so most applications and Linux distributions you’ll need to run Docker containers have images that are hosted on Docker Hub.

Step 1: To check whether you have access and can download the image from the docker hub use the below command.

Step 2: Search for the Ubuntu image by using the below command.

The OFFICIAL column, OK indicates an image built and supported by the company behind the project.

Step 3: Pull the image from the docker hub by the below command.

Step 4: create the container using the below command.

Step 5: Start the container using the below command.

Step 6: Stop the container using the below command.

As you can see we have successfully installed docker in our system and performed some basic tasks and executed the commands on docker. 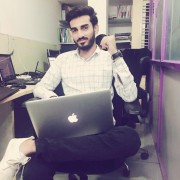