In this blog, we will discuss the working of Broadcast variables and Accumulators in Spark.

We all know Apache Spark is an open-source and a widely used cluster computing framework, which comes up with built-in features like in-memory computation, streaming API’s, machine learning libraries and graph processing algorithms. Apart from this, Spark provides two types of shared variables which are distributed across cluster nodes to help perform read and write operations like lookup, join, count and summation.

The two shared variables in Spark are listed below:

At times, developers will be storing a dataset of smaller size at the Spark worker nodes in-memory where the higher sized dataset resides to reduce the memory I/O and to reduce the communication cost which speeds up the query performance while executing lookup or join operations.

Hence, Broadcast variables are read-only variables that are distributed across worker nodes in-memory instead of shipping a copy of data with tasks.

Broadcast variables are mostly used when the tasks across multiple stages require the same data or when caching the data in the deserialized form is required.

The Broadcast variable is a wrapper around v, and its value can be accessed by calling the value method.

The data broadcasted this way is cached in a serialized form and deserialized before running each task.

In the following example, we will be broadcasting a variable to the worker nodes and performing a lookup operation.

Before moving forward, let us understand the use of the lookup function.

When there is a need to find and extract a column/row data from one table and place it in another we can perform lookup operations to achieve this task.

Here, the objective of the use case example is to find and add lookup values to a word based on their repeated frequency.

From the above output, we can see that we have broadcasted the lookup variable across spark cluster with the help of sc.broadcast(lookup) command. We have also mapped the lookup values (frequent, rare, moderate and NA) for each word with their number of occurrences in the input file shared.

Therefore, with the help of the above example, we can distribute a variable across the Spark cluster using Broadcast variables.

These accumulator variables can only be used when a user wants to perform associative or commutative operations on the data.

The accumulators are created using an initial value v. by calling SparkContext.accumulator(v)

Here, the initial value of v will be set to zero mostly while performing a count or summation operation.

In the following example, we will be using an accumulator to find the blank lines from the below input file:

Consider a scenario where there is a file consisting of blank lines which are considered a bad record. To find the total number of blank lines we can use the below-given code.

Here in the example, we are using an input file which consists of 2 blank lines.

From the above example, we can find out the number of empty or blank lines for a given dataset.

We hope this post has been helpful in understanding the working of Broadcast variables and Accumulators in Spark.

Keep visiting our website Acadgild for more updates on Big Data and other technologies. 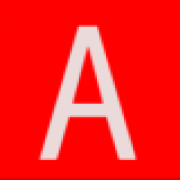