What is Distributed Ledger Technology?

Distributed Ledger Technology (DLT) is a digital system for tracking and the registering deal of assets. The details about the deal will be recorded in multiple places at the same time. With time distributed ledgers have come forward. The DLTs like Bitcoin and Ethereum function without a trustworthy authority. Bitcoin maintains a distributed database in a decentralized manner by using a consensus-based validation procedure and cryptographic signatures. The blockchain is probably the best-known type of distributed ledger technology.
There have been several innovations over the past few years in the realm of DLT. Without these innovations, DLT wouldn’t be as beneficial as it is today. Some of the innovations include the following: Bitcoin, Blockchain, Ethereum and Smart Contracts.

What is Blockchain Technology?

The blockchain is an alter-proof, comprehensive digital ledger used to record transactions over public and private networks. The transaction details are tracked and stored in blocks and are arranged in chronological order. These blocks chained to one another and let market participants track their digital currency transactions despite the central recordkeeping entity.

To summarize the characteristics of the blockchain, it is:

Distributed Ledger Technologies can enhance the pace of business transactions. The reason being the very cause for the invention of Distributed Ledger and blockchain, to eliminate the need for a central authority or middleman. Thus, Distributed Ledgers contribute to lower transaction costs.
The Indelible mechanism of distributed ledger technology reduces the expenses over audit and regulatory compliance. The business deals in recent times are smart and robotic as its done with the help of blockchain technologies.  It improves the speed of the financial transactions at a lesser expense and fewer risks. It ’s also said that Distributed Ledger follows transparent ways to handle transactional records, as the information is public across networks.

Encoded, distributed digital ledgers don’t permit alterations to the data (ledger).  After writing the contract/agreement, there is no permit for changes without the consensus countering it. Let’s us study some of the vital advantages of distributed ledger technology:

The absence of a central authority, in theory, makes blockchain faster. If you’re relying on a central certifier, you depend on finite resources. Distributed Ledgers will minimize the transaction and processing time and expenses. This lets swift completion and easy accessibility of financial transactions.

The blockchain is also more economical as all computers hosting blockchain have a price tag. The participants pay in the hope that they will earn the incentive for being the first to validate the transaction.

Distributed Ledgers offer governance of all its data and transactions to the users, thus making the entire ledger systems transparent. Also, use of a solitary public ledger to record transactions helps in reducing the chaos and complications of multiple record keeping.

Distributed Ledgers permit the transference of value between parties without any verification and facilitation by the central authority. Possibly, this will enhance integrity since, they are unlike traditionally centralized records — which can be remade in agreement with the central party.

Distributed Ledger Technology (DLT) is amongst the densely practiced and/or tested technologies in numerous fields due to some of its features such as transparency, swiftness, economy, and others.

Distributed Ledger Technology has enormous potential for the future. Most Distributed Ledger Technology is purposive to operate autonomously.  This is known as a decentralized autonomous organization or “DAO.” The future for finance will positively be laid by blockchain technologies. DLT being a traceable efficient infrastructure for the global currency, following a massive cost reduction, resulting in the transformation of global banking. The full potential of distributed infrastructure is mostly in fields like the Internet of Things, decentralized marketplaces and other businesses that require progressive autonomy, transparency, and security. 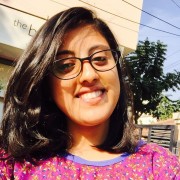