Google proves itself once again with the newest edition of Android revolution hitting the stores with Android Nougat a.k.an Android N. And not only is it a thing of beauty, also it unveils some major improvement of features over its predecessor, Marshmallow. So, what is it that makes Android N so different grab so much attention? Here we get you the answer with 7 fascinating features of Android Nougat.

Yes, you heard it right. A pleasant surprise feature from Google, which allows your Android Smartphones to use 2 apps, all at the same time. In a brilliant move to improve the multitasking ability of your phone, Google for the first time introduced this concept for smartphones. The respective apps do not require any update to use this feature and they can be snapped to occupy half the screen of your phone. Most apps function well in this new mode, however, some apps may not selectable in this format (Instagram for example), which is expected to change for the better with time.
Using apps in this mode is easy. Just tap the square ‘Recent App’ button. Tap and drag an app from the screen. Figure out the next app that you want to open and tap the second app. The size will occupy on your screen can be managed by dragging the black divider in between. If you drag the divider between the two apps toward the top, your bottom app will go full screen, while on pulling it down, your top app will go full screen. You also have the flexibility to drag and drop text and images between two apps. Just highlight the text, long press it and drop it into the text field. The same goes for the images. Sounds interesting?

Another interesting in Android Nougat is in its task switching button. It enables you to go back to your last used app without any hassles. All you will have to do is  tap the ‘Recent App’ button and you are back to your last application. If you have opened too many apps at the same time, you can always close everything with clear all button.

The display has undergone a remarkable change in Android. For the first time in Android, the Lock screen will have its own wallpaper. You can now set a wallpaper for the home screen and a different one for the lock screen. All you will have to do for this is, select the image you want as wallpaper and a new prompt will be displayed asking you to select where you want it wallpaper.
Also, In your smarter Android N, you will find some new emoji with a smarter look.

Your smartphone with Android Nougat will now keep track of every detail like from where an app was installed etc. Just, open Settings and select any application through Apps. On scrolling to the bottom of the page, you will find the source from where the app has been installed.
You don’t need to be worried about your apps using excessive data anymore. With your Android Nougat, you can prevent your device from using excessive data in the background. For this, under the Data Usage menu, go to Data Saver and turn it on. You can also enable the background data for the apps for which you want.

The settings have also undergone several changes. When the user opens the notification now they are welcomed by a single row of minimalized setting icon and it can be accessed easily without pulling down the shade as it is in Marshmallows. These icons by default include Wi-fi, mobile data, battery, Do Not Disturb and flashlight mode. A long tap on any of these small buttons will open their main screen on the Android setting application.
The coolest feature added under setting is probably the Edit button. On tapping the Edit button, you will be automatically taken to an easy new interface for enabling and disabling Quick Settings toggle. This can be swapped between active and inactive pages.

As we Wrap Up

With all the better settings, improved display, and exciting new additional features, Android N is bound to make a star of a mobile device. Though there remains a lot of scope for improvements in future, the version of Android N is said to be remarkably stable with very few inconsistencies according to the experts.
Found this article interesting? Stay tuned to our blog for more such articles on all the latest news on technology around the globe. Also keep visiting www.acadgild.com for more updates on the courses. 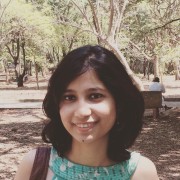